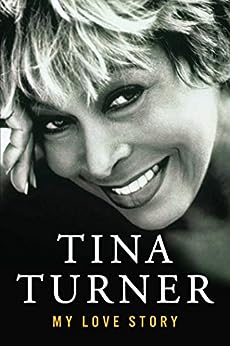 In the 1980’s, there were few images more iconic than Tina Turner strutting down the street in her music video for “What’s Love Got To Do With It.”  She was the picture of confidence.  This moment was her comeback.  She walked away from her divorce from her abusive husband with nothing more than her name.  She didn’t have any money or even rights to her own music.  The woman in the music video showed no hint of any past struggles.  When I think of the personification of the word strength, I think of Tina Turner.

I was struggling to pick who I would feature in this week’s post when I read an article on Tina Turner in Oprah Magazine.  Ms. Turner was preparing to bury her son the day after the interview with Oprah.  She showed her strength even then.  Most people would have cancelled the interview, but Ms. Turner pushed through, as she is known to do.

Tina Turner survived a stroke, after which she had to learn to walk again.  She then fought intestinal cancer.  She endured having both of her kidneys fail.  At this time, she was ready to give up, but found strength in the realization that she was loved.

If you are interested in learning more of Ms. Turner’s story, she has written a memoir, My Love Story and there is also a musical based on her life story, Tina: The Tina Turner Musical.