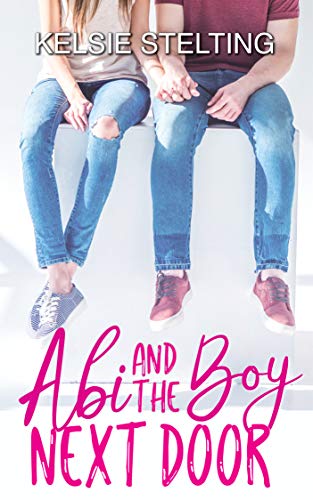 This is the time of the year when I want to ignore the real world and spend all my time curled up with a book.  I’ve read several books this year, so this will be the first in a batch of reviews.  I’ll be honest, I didn’t have high hopes for Abi and the Boy Next Door, but I was very pleasantly surprised.  I have been binge reading cute, fun books but this was not one of them.  My first impression was that I was reminded of Eleanor and Park (I loved that book by the way).  The story begins with awkward, overweight Abi on a school bus where she meets Jon.  He is nice to her when the other kids aren’t.  You know this is going to be the boy she winds up crushing on, but I don’t mind the journey.

I thought this was going to be a book about bullying, but most of the harsh words and put-downs are within Abi.  She is coming out of a terrible situation that I won’t give away.  Being in that situation for years means that Abi’s self-esteem is pretty much non-existent.  She expects that everyone will treat her the way she is used to being treated, as well as the way she continues to treat herself.

What really turns Abi’s life around is that she finds an amazing support system.  Her grandmother cares for her in a way she has never been cared for before.  Her neighbors treat her like a member of the family.  She finds a group of friends at school and a teacher that sees her potential, telling her “Everyone is a genius but if you judge a fish by its ability to climb a tree, it will spend its whole life believing it’s stupid.”  He continues, “You, Abigail Johnson, are a special fish.  I can tell.  We just need to figure out what your ocean is.”

This book touched my heart.  It made me cry, but not in a manipulative way like some books do.  I would definitely rate this book 5 out of 5 stars.  It’s not a fluffy, teen story, but one about growth, self-love and overcoming terrible circumstances.