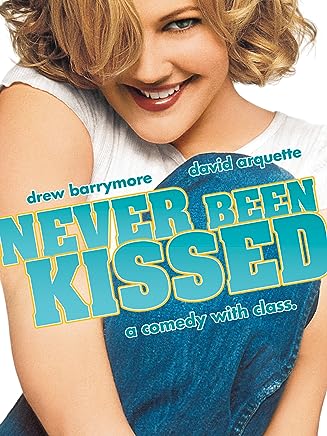 I saw recently on Instagram that Never Been Kissed recently celebrated it’s 20th anniversary.  I remember seeing commercials when this was a new movie and I’ve been astounded lately as to how quickly 20 years can pass.

I recently re-watched this movie on HBO NOW and it is still as enjoyable as it was when I was a teenager.  If you never watched it, Josie (Drew Barrymore) goes undercover as a high school student to try to write a newspaper story that would be career altering for her.  It’s a lighthearted, funny story about believing in yourself and not letting your past control your future.  Plus, 1990’s fashion is always amazing to see. The only thing that really made me cringe was the relationship between Josie and her teacher at the high school.  That was way more tolerable to me when I was younger.  Now, it’s just gross.

Anyway, I would still recommend watching this movie even if it is only to see the first movie ever made for Drew’s film production company, which was the beginning of a woman friendly movie making dynasty.

One thought on “#Flashback Friday – Never Been Kissed”