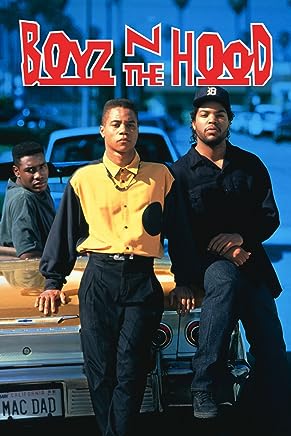 I’ve written a lot about the wondrous women that have influenced me, but it’s time I recognize the amazing men as well.

My first #MCM (Man Crush Monday) is John Singleton.  I just saw the tragic news that he is being removed from life support after suffering from a stroke.  I am beyond saddened.

John Singleton is one of the first people who made me think I could make movies.  He is from the inner city just like I am.  I remember the excitement when Boyz ‘n The Hood was released.  Even though I was only in elementary school, I remember everyone saying I had to see that movie.  When I finally saw it, I was obsessed.  Boyz ‘n The Hood is one of those movies that I have watched at least 100 times.  I still can recite the dialog by heart.  He captured life in the “hood” so well it was like watching the people you knew in your neighborhood on screen.  At the time, there were no other movies like this.  I wanted to write scripts like his.  I still have some attempts where I tried to write the female answer to Boyz ‘n the Hood.  John Singleton opened my eyes to a new kind of story and a new kind of movie and I was deeply inspired.

The John Singleton movie that really captured my heart was Poetic Justice, starring Janet Jackson and Tupac Shakur.   I loved the relationship between Justice and Lucky and I especially loved the fact that Maya Angelou’s poetry was featured throughout the movie.  Alone is still one of my all time favorite poems.

John Singleton’s next project was another eyeopener.  Higher Learning, starring Ice Cube, Tyra Banks, Omar Epps, Regina King and many others, addressed racism within the college landscape.  Everyone is releasing these “woke” books and movies now, but there was nothing like Higher Learning back in 1995 when it was released.  It made you angry, but it also made you think.

I could go on about this incredible career and man.  The world is really close to losing not just one of the greatest African-American writers and directorss, but one of the greatest writers, directors and storytellers ever.  His stories hopefully will live on and continue to inspire generations to come.

One thought on “#MCM – John Singleton”