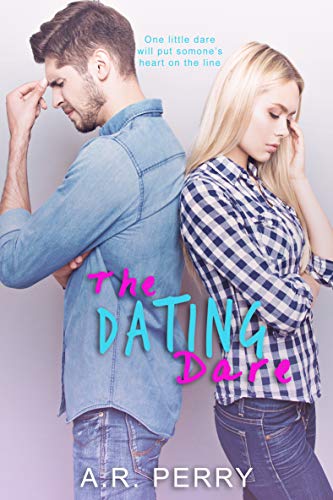 The Dating Dare is a fun, quick read.  I finished it in one night when I couldn’t sleep.  Lily and Parker used to be best friends until they both had to deal with unfortunate circumstances that neither of them could cope with at the time, so their friendship ended.  It’s now four years later and Lily believes Parker is her enemy considering most of their interactions are snarky conversations or mean pranks.  Lily and Parker attend a party together at the beginning of summer where they are dared by Lily’s friend to date each other for one summer.  Lily agrees because she doesn’t want to shamed by her classmates and Parker agrees because he secretly has feelings for Lily.

Lily’s mother guilts her into spending a week with Parker at his family’s lake house.  When they arrive, Lily finds that Parker’s father will not be joining them for a couple days.  Parker knew this and he wants to spend the time convincing Lily that he is not the jerk she thinks he is.  Lily just either wants to go home or avoid Parker completely.  As she spends more time with Parker, she begins to feel her long buried love for Parker resurface.  Other people and miscommunications cloud their journey back to each other.

This was a nice, cute book perfect for a time when I needed to quiet my mind.  I don’t think it will be memorable, but I did enjoy the time I spent with it.  What I really enjoyed was one of the main messages of the book, which is sometimes when you’re so caught up in whatever issues you are going through, you don’t take the time to consider other people have problems too and are struggling as much as you are.  Once you stop thinking so internally and selfishly, then you can form real bonds in your relationships.  I think everyone should learn that lesson or be reminded of that.

I would recommend this book.  It’s a light summer read.  I would give it 4 out of 5 stars.