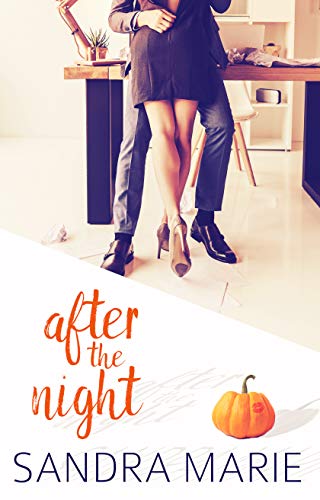 Another nearly sleepless night, another book finished.  Between my cats and my thoughts, this hasn’t been a good week for sleeping.  After The Night was a lighthearted, quick read.  Cassidy spends four magical hours with a mystery guy in a mask that she met at her office Halloween party.  Due to the mask, having to take out her contacts and forgetting to ask for the guy’s name, Cassidy has no idea who the person she felt this amazing connection for is.  Instead of just asking like a normal person, she takes her coworker’s terrible advice to date any person in the office that she thinks might be the masked guy.  This naturally leads to some pretty awful dates.

Jon is the new doctor at the practice.  He has no social life and spends his free time eating pizza, watching Disney movies and being pressured by his family to get married and have babies already.  He is also Cassidy’s mystery guy.  He has no idea that Cassidy doesn’t know who is and thinks he is the only one that felt the attraction.

So will Cassidy stop being ridiculous and figure out who her mystery guy is?  You’ll have to read and see.

This is just a fun book, so I’ll take it for what it is.  I kept me entertained while I waited for my indoor/outdoor cat to decide which one he wanted to be last night.  (He decided in the middle of the night that he was an outdoor cat.)   The book was funny at times and it seems the author may think that animals are evil since there are an evil fish and an evil bunny in the story.  That’s not something I read everyday.

I’ll recommend it and give it 4 out of 5 stars.  Remember it’s just a fun book, so don’t go in with high expectations.  The best part is it is free right now on Amazon.

I’m struggling to find one of those books that you fall utterly in love with.  Any recommendations?  Nothing too dark though.  I often read at night and don’t want a scary book being one of the things keeping me awake.

One thought on “Book Review: After The Night by Sandra Marie”