I mentioned Tyra Banks before in my #WCW post about Jennifer Lopez.  Tyra was one of the women who helped me to have more body confidence as a teenager.  As a model, she was the anti-waif, curvy and confident.

My sister gave me a copy of Tyra’s Beauty Inside and Out for my 17th birthday and I devoured that book. I kept it out, instead of placing it on a shelf and I still have my copy to this day.  Tyra fashioned herself (pun intended) to more than a model.  She offered her own brand of advice that felt real and refreshing.  This was not common place in the 1990’s, so she stood out as a person who insisted that she was more than a pretty face, she was a force.

Tyra broke boundaries as a model, including being the first African-American to appear on the covers of GQ, Sports Illustrated and the Victoria Secret Catalog.  She also built an empire with her talk show, America’s Next Top Model, a cosmetics company and numerous other projects.

One of the main reasons I admire Tyra is that she did not let anyone else define her.  She blazed a path that is unlike other models that came before her.  She could have faded into memory as a model, but made herself to be so much more.  She inspires me to push my boundaries and grow beyond expectations.

I have added her most recent book to my 2019 to-read list and am looking forward to the new wisdom she has to offer. 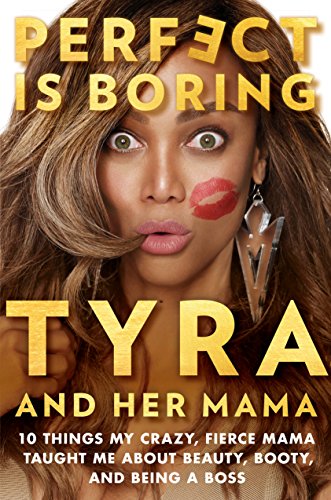